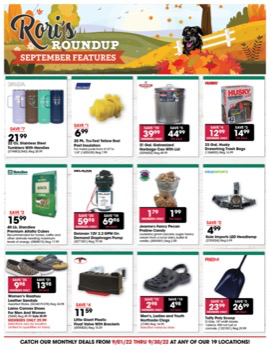 There is something almost magical about the leaves changing, the air growing just a bit crisper each morning, and the weather report singing something other than long days and high temperatures. As the season shifts from summer to fall, so do our mindsets. We take on a different mentality; our hearts grow nostalgic for tradition, and we ache for a change of pace. As the year goes on, what has been sown and cared for so diligently throughout the past months begins to ripen, and harvest jumps into overdrive. Cotton, pumpkins, apples... all the classics that are so beloved during autumn are forced once again into the limelight. We never tire of them, especially pumpkins.
Think about it: there are pumpkin pies, pumpkin beverages, carved pumpkins, pumpkin breads, pumpkin decorations, pumpkin planters, fake pumpkins that look like real pumpkins, and so on. But when we choose to walk through a pumpkin patch in late September or October, searching for the perfect, aesthetically pleasing gourd to take home as our prize, do we really think about how each of those fruits came to be?
Pumpkins, unfortunately, do not just appear out of thin air in grocery stores and farmer's markets. Behind every single one is a story. Behind every single one is a grower who spent months prepping, planning, seeding, weeding, watering, and cultivating so the rest of us could enjoy those beautiful orange hues during such a charming season. Back in May, while society was gearing up for summer, there was a farmer meticulously planting a crop of pumpkins. Over the summer months, while pools were packed and airports were overcrowded, that same farmer was carefully watering and fertilizing. And now, as the days grow shorter, that farmer gets to see the literal fruits of their labor. The many hours of hard work and sweat finally pay off as people from all around flock to find the pumpkin that suits them best.
So, enjoy this fall season. Relish the cool evenings and go sweater shopping. Drink some apple cider or join the pumpkin spice latte movement. Hunt for the perfect gourd to carve with your family. But while perusing row after row in what promises to be a glorious pumpkin patch no matter where you are, remember that every squash you see was grown painstakingly by someone. Be thankful for their hard work that allows you to have your pumpkin pie and eat it, too.
Article written by Susan Jackson
Choose Another Article